The design and construction of a TV studio operation within a vocational school setting posed some unique acoustical challenges. Sound transmission and acoustic reverberation were primary engineering and architectural design concerns. These concerns were met with a total systems approach to identifying and mollifying, blocking, or isolating unwanted sound.

The project included a new studio lighting package complete with a suspended grid system. The studio was furnished with a new stage curtain, tract, and cyclorama. New camera and broadcast equipment were furnished outside the contract.

The studio was designed to function primarily as a production space but also needed to be flexible enough to be used as an audio-visual training classroom. The project was completed on time and under budget. 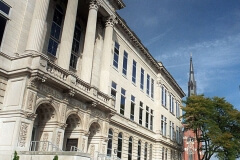 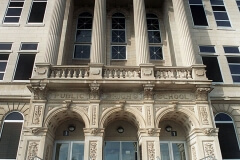