As part of the initiative to revitalize the neighborhood to the southeast of downtown Fort Wayne, a block at the corner of Hanna and Creighton Streets was redeveloped to provide new community facilities for the nearby residents. These facilities would be focused on the development and education of both young people and adults. Three new buildings were built on the block – a new branch of the Allen County Public Library, the Fort Wayne Urban League and Pontiac Youth Center offices, and a new Headstart facility.

The new Headstart building features two classroom wings that extend from a central core. The core includes a kitchen, restrooms, and staff offices. In addition, the focal point of the core is a large multipurpose room. The hallways in the wings receive natural light from above via large skylights. The hallways also feature large, diamond-shaped windows into the classrooms. 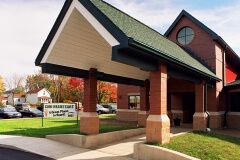 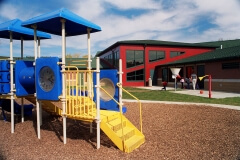 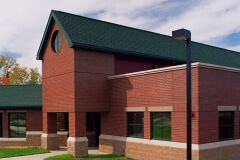 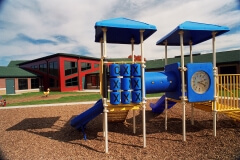 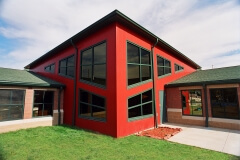