The program for this project mandated the adaptive reuse of an existing structure within the Fort Wayne city limits. It was also important to find a site that was accessible to the major traffic arteries connecting the four quadrants of the city. The site that was finally selected included a small church complex located on five acres of land. The existing structures on the site consisted of an elevated A-frame church nave at the north end and a two-story masonry block education building at the south end that were connected by a one-story wood frame administrative office area.

The design solution salvaged the existing church nave form and the two-story masonry education wing. The central one-story frame construction portion was completely demolished and removed. The design solution incorporated a series of gables which helped conceal and soften the hard edges of the rectilinear box form of the two-story education wing. The gables also tied the educational wing to the A-frame massing of the existing church nave.

A unique feature from a programming standpoint offers two separate entrances visible to the public from the main parking area. This provides a physical separation between the clientele whose business is adoption from the clientele whose business is either dropping off or claiming an animal. A central administrative area serves both lobbies. Extreme care and attention were given to the issues of sound, lighting, odor, and air quality control. Design features also included an innovative approach to the containment of feral cats with the use of cat colony areas. Also, the pragmatic issue of daily kennel management was addressed with an efficient trough and flush system. 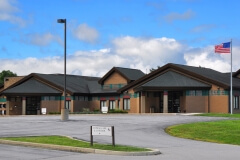 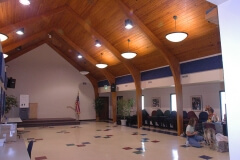 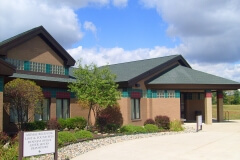 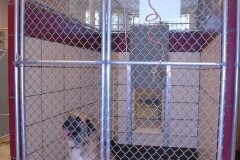 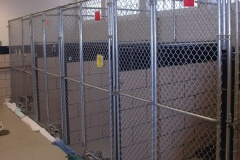 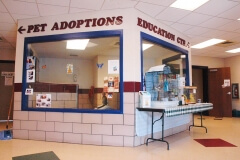 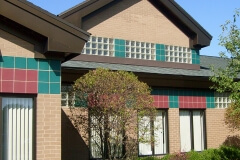